3 Technologies That Could Have Business Applications in the Future

Being future-minded means that you are always on the lookout for the next big thing and how it might affect your business, be it technology or otherwise. Many developing technologies might seem like they will never see the light of day, but the reality is that many of them do have the potential to see business applications in some capacity. Let’s take a look at some of these oddball concepts and how they might transition to business use in the future.

Repurposing the Heat Generated By Computing

Computers have the ability to output a ton of heat, something that can actually cause damage to them if left unchecked. This is why it is so important to keep your server units and other computing devices cool. Rather than keep the heat down, there is now some interest in taking this heat and using it elsewhere.

Even if the computer or server unit doesn’t enjoy the heat, there are plenty of folks in colder environments that might appreciate it year-round. Considering that cloud servers can be accessed year-round, it might even be possible for computing jobs to shift from cloud servers in the north or south hemispheres as needed to account for the time of year and to utilize the heat more effectively. Cloud servers might even be hosted in residential areas so the heat can benefit the residents.

This scenario actually has some traction already, with a Facebook server in Odense, Denmark providing heat to thousands of homes there.

Medical Diagnostics from the Small Screen

In Star Trek, there is a device called the tricorder. This medical device, used by Drs. McCoy, Crusher, and Phlox, can diagnose illnesses with just a couple of chirps. It’s not unheard of for Star Trek technology to make its way into reality (think of the smartphone for a great example), but some of this technology sat firmly in the realm of fiction until recently.

Researchers have been working on pocket-sized tech to pull off all kinds of diagnostic achievements. Some are accessible, while others are more expensive, like CT and MRI scanning, simply due to the cost of components involved in them. By making them smaller and more compact in nature, it is possible that even these technologies could become commonplace in the future.

That said, science fiction cannot predict the future all the time, and while it might exist in some capacity, this technology also comes with limitations. The advancements might seem impressive, but it is still a far cry from the capabilities of Star Trek.

The Raspberry Pi and other low-cost single-board computers might be seen as hobbyist toys, but they can be used effectively in the business environment thanks to the redundancy they provide.

Each Raspberry Pi is a single, self-contained device. Therefore, it is secure by nature. A virtual machine, on the other hand, shares hardware with others. The Pi clusters can be used to inexpensively run algorithms while consuming a comparatively small amount of energy. In fact, some businesses are already using these to an extent.

Innovation in IT is always leading to brilliant and interesting ways to take advantage of the latest technology, so make sure you stay on top of things, too. Suffolk Computer Consultants can help you implement any new technology that you see as a boon for your organization. To learn more, reach out to us at 631-905-9617. 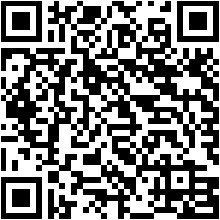