Is Art Really Art, if it Comes from an AI Artist? 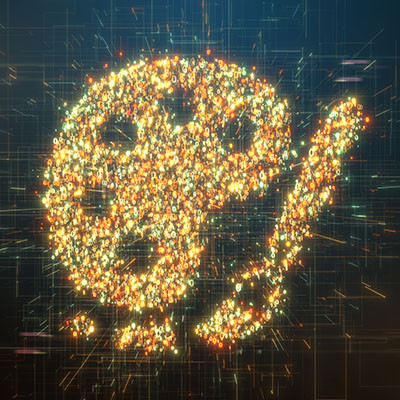 Let me ask you a question: would you see The Mona Lisa, The Starry Night, or Girl with a Pearl Earring as the masterpieces they are considered today if they were actually created using artificial intelligence? While it might seem like a silly question, it is one that the results of the recent Colorado State Fair’s fine art competition—where the first-place winner was created using AI—leads us to ask.

Let’s break down the situation.

Should AI-Generated Images be Considered Art?

The Colorado State Fair held a fine arts competition, where Josh Allen won first place in the Digital Arts/Digitally Manipulated Photography category for his image, “Théåtre D'opéra Spatial.” However, this decision was met with some serious criticism online when Allen posted his process on a Discord server dedicated to an image synthesis model called Midjourney.

As Allen said in his Discord post, he “...created 100s of images using it, and after many weeks of fine tuning and curating my gens, I chose my top 3 and had them printed on canvas after upscaling with Gigapixel A.I.” As he reports, he “could not be more excited” that his “favorite piece” ultimately won.

However, this sentiment wasn’t shared amongst the art community as a whole.

The big controversy comes from the nature of how the art is produced—namely, with relatively little hands-on work from Allen. Instead, Allen’s image was crafted based on the input he provided to the Midjourney platform. As Allen stated in his official submission, “I generate images with MJ, do passes with photoshop, and upscale with GigaPixel,” and even labeled his piece with “Jason Allen via Midjourney.”

Many artists have since chimed in to express their opinion of this approach, many using language that we cannot repeat here. However, we can quote a reply to this tweet that described how the AI-generated winner signified “the death of artistry,” and questioning, “if creative jobs aren’t safe from machines, then even high-skilled jobs are in danger of becoming obsolete [sic]What will we have then?”

Understandably, this approach to art has ruffled a few feathers, but the same can easily be said for most of the tools we take for granted today. Artist Rhea Edge cites a list of tools, techniques, and the artists that use them that—when these tools and techniques were first introduced—received a similarly negative response from the art world at large.

Edge mentioned the development of the camera obscura, a darkened room with a small hole on one side of it that allowed images to be projected onto a wall—the predecessor to modern photography. Tubed paint also got critics worked up because artists were no longer mixing their own paints. In fact, as recently as the 1970s and 1980s, artists were judged for projecting images—much like the camera obscura once did—to start their artwork.

Edge also pointed out how art tends to change with the times, drawing upon how long it took the Impressionist painting style to gain its foothold and gain its current prevalence.

Another artist, Brian Simpson, mentioned how frequently technology is what is responsible for the evolution of art. As he pointed out, miniature portraits were more or less exterminated by the invention of photography. Simpson also stood up for Allen and his AI-produced piece.

“There is a mind behind it. The mind is deciding I want this image. And with this image, this is the word I want to use,” Simpson said, going on to reflect on how Allen produced 40 images, ultimately choosing the one he submitted.

“You can argue that choice and self-curation is part of the art process,” said Simpson.

This statement effectively sums up the current state of image synthesis, as a lot of human interaction is still necessary to accomplish the kind of results that Allen achieved with “Théåtre D'opéra Spatial”—although that almost certainly will not be the case forever.

Either way, it’s clear that the idea of using AI to produce art is going to remain a touchy subject for some time. Cartoonist Matt Borrs summed up why in an interview: “To developers and technically minded people, it’s this cool thing, but to illustrators it’s very upsetting because it feels like you’ve eliminated the need to hire the illustrator.”

What do you think? Does using AI to advance art seem like cheating, or is simply the next medium for artists to take up? How do you think this lines up with businesses adopting artificially intelligent tools for their own workflows? Share your thoughts with us, we’d love to hear your input!

More posts from author
Friday, December 09 2022 Mobile Malware is a Guaranteed Bad Time
Wednesday, December 07 2022 Tip of the Week: Download Your Outlook Email as a PDF
Monday, December 05 2022 Use These Tools to Help Ward Off Phishing Attacks 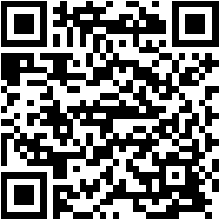