Should Your Business Consider the Four-Day Workweek? The traditional 40-hour workweek feels like a staple in the business world, where employees work 8 hour shifts and then head home for the day. This was not always the case, however, and there can be a case made that even the 40-hour workweek should be adjusted to at least some degree. Let’s take a look at the modern workplace, how it has changed, and how it can still be changed to better employees of all levels—including you.

A Brief History of Work and Labor

The Industrial Revolution began with farmers and independent tradesmen being replaced by the factory system. With these difficult and inhumane conditions came new pushes from President Roosevelt to include working hours in the New Deal, a concept which also inspired the United Kingdom to cap work hours at 40 shortly afterward.

The end of World War II also saw women entering the workforce in droves, where they subsequently remained, as well as African American employment in the ‘50s. The factory was essentially replaced by cramped office spaces, and the 1960s saw the development of the cubicle. While all this was going on, technology rose to become a powerful productivity tool. IBM built its first electric typewriter and business computer system, and other innovations further improved operations, such as the fax machine, laser printer, and floppy disk.

The traditional 9-to-5 shift we see today did not appear until the 1980s, a time when the World Wide Web was first introduced and the processes we are so familiar with today really started to blossom. The ‘90s also saw many new innovations, including mobile phones and email. Even after the turn of the century, employment opportunities shifted toward knowledge-based roles, and many platforms took a turn toward the collaborative side of things. The 2010s in particular saw the rise of services and the technology that empowers them, a concept that is still on the rise today.

Yet, despite all of this change, the 40-hour workweek remains largely unchanged, save for a couple of recent shifts due in large part to the ongoing COVID pandemic. Why, when technology has increased in capacity so dramatically, has the workday remained constant? Let’s take a closer look.

How Things Have (and Haven’t) Changed

Technology is the key to understanding how the workplace has developed and how we will continue to work moving forward. Take a look at the technology used in the office throughout the ‘50s and ‘60s. It might not have been as productive, but it allowed workers a break from the office environment. Compared to today’s always-on mentality and near-constant communication, it’s no wonder that the lines between work and home can blur so much.

Household roles, on the other hand, have not changed nearly as much. Working mothers continue to care for the family and prepare meals long after they have punched out of work for the day. This demographic also tends to be employed in high-stress positions like hospitality, education, and healthcare.

A Four-Day Workweek Could Help Resolve These Issues

Perhaps the solution is to simply work “less,” or reduce the time spent in the office by employees without reducing take-home pay. This also helps employees differentiate between home and office life by assigning an additional day as “off.”

A four-day workweek has been said to benefit the environment as well, as the morning commute creates a major carbon burden through today’s gasoline-powered transportation vehicles and the waste of single-use lunch packaging.

There is some pushback to this idea, however, because employers are under the impression that a shorter workweek means less productivity. This has been found to not be the case at all. If you are concerned about losing out on productivity from a shorter workweek, we can help to offset this through the use of technology that streamlines processes and workflows, something which is valuable even if you can’t bring yourself to dump the 40-hour workweek.

Your business can implement these technology solutions to improve operations, too. To learn more, reach out to us at 631-905-9617.

Facebook Twitter LinkedIn
Tags:
Business Management Productivity Employee-Employer Relationship
5 Tips to Maximize Value from Your Instant Messagi...
Tip of the Week: How (and Why) to Find Your IMEI o...

More posts from author
Monday, December 06 2021 Utilizing Open Source Software Can (Sometimes) Be Problematic
Friday, December 03 2021 When is it Time to Upgrade Your Technology?
Wednesday, December 01 2021 Applying Life Lessons to Improve Your IT 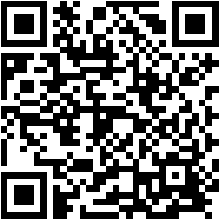